Four years after his debut, Superboy became only the sixth DC superhero to receive his own comic book when Superboy No. 1 (Mar–Apr 1949) was published. The series became the first new DC superhero title to succeed since World War II. Superboy saw the debuts of the first Superbaby story, (about Clark’s adventures as a super-powered toddler), and of Clark’s two closest friends: Lana Lang, who also serves as a romantic interest for Superboy; and Pete Ross, who later discovers and helps protect Clark’s secret identity. Other notable stories to appear in Superboy include the story of the first Bizarro and the first appearances of Legion of Super-Heroes members Mon-El and Ultra Boy. 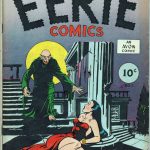 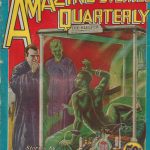