FRANKENSTEIN: OR, THE MODERN PROMETHEUS … REVISED, CORRECTED, AND ILLUSTRATED WITH A NEW INTRODUCTION, BY THE AUTHOR [with] THE GHOST-SEER! FROM THE GERMAN OF SCHILLER 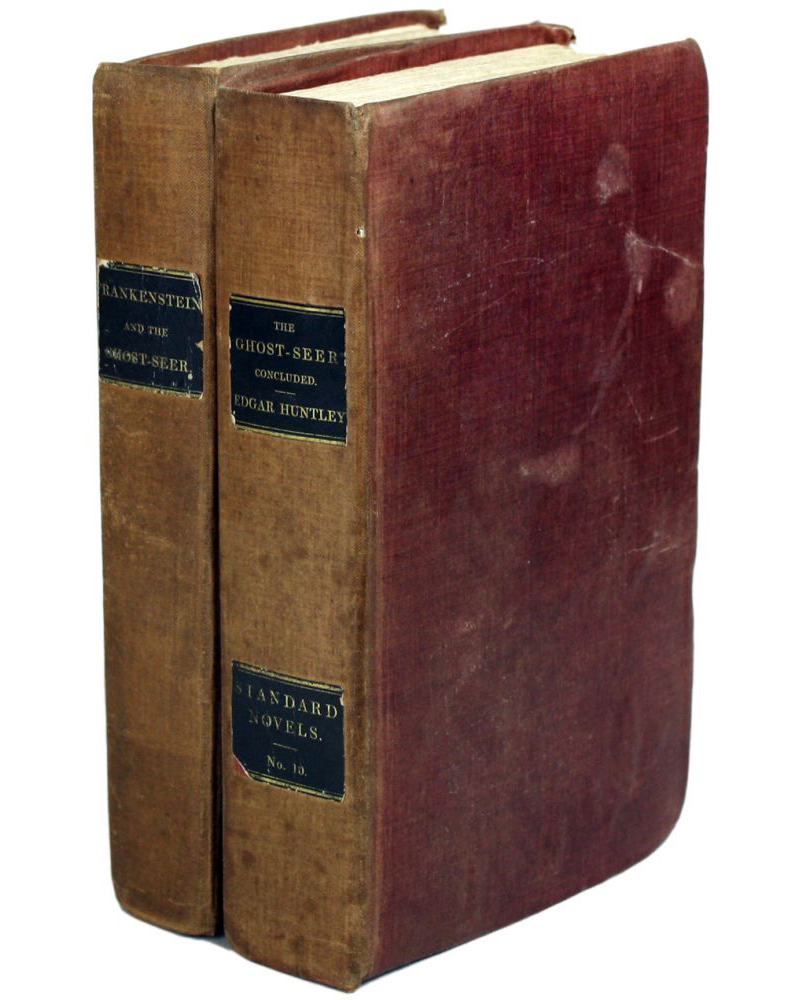 For this edition, the standard text for most future editions, Shelley revised the text of FRANKENSTEIN and, at the request of the publishers, supplied an eight-page introduction on the genesis and composition of the story. “FRANKENSTEIN is at once a Gothic horror tale and the first important science fiction novel. Its sustained popularity and place in modern myth is probably as much due to the innumerable stage, film, television, comic book and radio adaptations of it — most of which depart completely from the text — as to the strength of the work itself.” – Jones and Newman (eds), Horror: 100 Best Books 8.

This edition of FRANKENSTEIN, published as volume number IX of Colburn and Bentley’s “Standard Novels,” also collects the first half of Schiller’s Gothic romance THE GHOST-SEER which is completed in volume number X (present here) that also collects EDGAR HUNTLEY by Charles Brockton Brown. “It is surprising how extremely rare in original state and in first issue are many of Bentley’s Standard Novels” (Sadleir II, 97) and FRANKENSTEIN is one of the more difficult to locate among the first hundred volumes. Anatomy of Wonder (1976) 1-47; (1981) 1-150; (1987) 1-84; (1995) 1-84; and (2004) II-997. Barron (ed), Horror Literature 1-97. Bleiler, Science-Fiction: The Early Years 2019. Bleiler (ed), Science Fiction Writers, pp. 3-9. Cawthorn and Moorcock, Fantasy: The 100 Best Books 5. Clute and Nicholls (eds), The Encyclopedia of Science Fiction (1993), p. 1099. Survey of Modern Fantasy Literature II, pp. 575-80. Survey of Science Fiction Literature II, pp. 832-39. In 333. Tymn (ed), Horror Literature 1-348. In 333. Bleiler (1978), p. 178. Reginald 13002B. Wolff 6280a. Sadleir 3734a. Volume IX lacks the spine series label, some uniform fading, largely to spine panel (as is usually the case with this plum cloth), some scuffing and several stains to cloth (including a partial circular stain on the front panel of volume IX), paper labels rubbed and a bit worn at edges with slight loss, the engraved frontispiece and title leaf in volume IX are stained at upper right corners and a bit foxed, the engraved frontispiece and title leaf in volume X are a bit darkened and foxed, the first leaf advertising “The National Library” in volume IX has a small chip from the fore-edge margin, the front free endpaper of volume X has a small chip from the upper right cover. The two books are presentable and attractive overall. They are seldom encountered in satisfactory condition in the earliest bindings, as here. Enclosed in a custom cloth folding box. 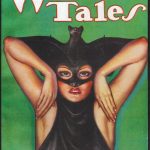